At Ramen Mura, our mission is to serve you delicious and healthy food that your entire family can enjoy. Our 7 signature ramen broths are simmered for at least 16 hours using high quality ingredients. The traditional Japanese tonkotsu broth is tasty but it is often high in sodium and saturated fats. Our chefs have come up with the perfect balance of flavors that still stays true to the authentic Japanese recipe yet is lighter and healthier.

Chef Yu brings his experience, passion, and qualifications as a master chef in Asian cuisine to the kitchen of Ramen Mura. 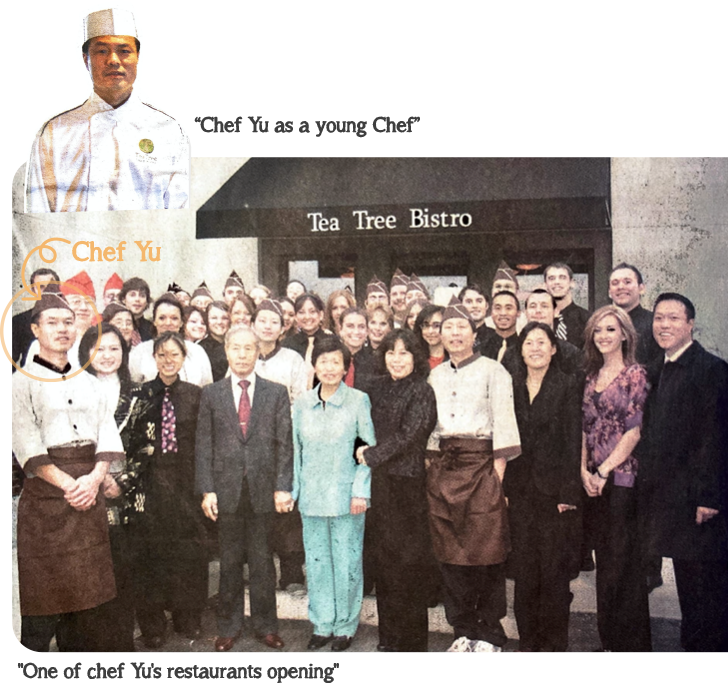 Kevin Yu is of Chinese descent, born and raised in Seoul, South Korea. In 1985, he and his family emigrated to the United States, where his culinary career began. However, Kevin’s future as a chef was mapped out for him since the day he was born.

Kevin’s first teacher and mentor was his father, Fu Shi Yu, who was a renowned master chef in the Asian community. His father owned several successful restaurants both in South Korea and the United States. The restaurants featured cuisines from many Asians countries such as China, Japan, South Korea, Vietnam and Thailand. Kevin grew up learning and working beside his father and immersed himself in mastering all the wonderful flavors of Asia.

For over 35 years, Chef Yu has learned the art of preparing and executing fine Asian dishes. Although Chef Yu is an expert in many, diverse Asian cuisines, Chef Yu’s top passion was preparing Japanese cuisine and sushi-making. While owning his own Japanese restaurants, Chef Yu used his inner skills to create Japanese fusion dishes that beautifully blended many rich flavors of Asia. Chef Yu’s passion for Japanese cuisine led him to the art of Japanese ramen. Chef Yu dedicated himself in mastering the perfect bowl of Japanese ramen.

Chef Yu brings his experience, passion, and qualifications as a master chef in Asian cuisine to the kitchen of Ramen Mura. We are thrilled and honored to introduce our executive chef, Kevin Yu.

For curbside pick-up, please call 714-385-1123 as soon as you park.
One of our team members will deliver your food to your car.

Sign up to receive special promotions and discounts from Ramen Mura. We promise never to rent or sell your personal information and you can unsubscribe at any time.